All the ends of the earth
have seen the salvation of our God:
sing joyfully to God, all the earth. – Psalm 98:3

A Tanzanian reaction to possible episcopal election fraud; and US / African comparison 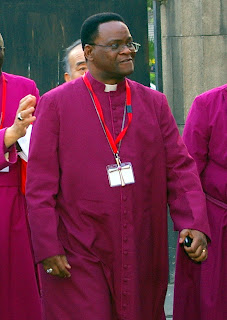 Possible election fraud in bishop of Tanzanian Anglican Church - arrest warrant for Primate of ACT. Very likely election fraud for American Presiding Bishop - virtually no one notices. What does this say of western Anglican church governance?

From Tanzania, we have news of a possible election fraud.  The province of Tanzania has been rent over the ethical question of the permissibility of condom use in the prevention of HIV/AIDS.  It was largely thought that the installation of a new bishop - the Rev. Stanley Hotay - for the Diocese of Mount Kilimanjaro would effectively end the division on this matter.

Unfortunately, it has become more complicated than this.  Some laypeople of the diocese have alleged that the age of Rev. Stanley Hotay was falsified.  There was a court order issued which was aimed at blocking Hotay's being seated as Bishop of the diocese of Mount  Kilimanjaro, pending adjudication.  I could not find the exact wording of the court order, but evidently it has prompted quite some drama in Tanzania.  Archbishop Valentino Mokiwa went forward with the consecration of the Rev. Hotay, though the Rev. Hotay was not installed as Bishop of Mount Kilimanjaro.  A warrant was issued for the arrest of Archbishop Valentino Mokiwa.  It has not yet been executed, police in Arusha replying to a reporter that they have not yet received the warrant.

It does sound like the situation is remaining peaceful.

“I don’t protest the court order, but the public should understand that someone is missing the point here… we actually honoured the order not to install the new bishop. What we did was to consecrate him as a new bishop… as of now he does not belong to any diocese,” said Dr Chilongani [Anglican Church of Tanzania Secretary General]. - The Citizen, " Police yet to arrest Mokiwa despite order"

Notes from the ground make it sound as if there's a little drama to the story.  An Episcopal Priest, the Rev. Dr. Douglas Richnow, reports that the police had been tracking Archbishop Mokiwa via his cellphone, and that he was advised to dispose of the SIM card.  We shall see how this story unfolds.

See also George Conger's excellent reporting on the matter for The Church of England Newspaper, here and here.

It is interesting to compare the current situation in Tanzania to the situation of the very likely election fraud in the TEC 2006 election.  Here, we have the election of a diocesan bishop being investigated by the government, because of alleged misinformation about his age.  The situation escalates to the issuing a warrant of arrest for the head of the church.  In the United States, the election of the very head of the church is marred by misinformation regarding her career - the false information that she was, for six years, dean of a school of theology.  Far be it from the government having interest in the likely fraud - the church itself fails to investigate, even though it had spent $200,000 on a committee tasked with nominating and vetting candidates.

American bishops from TEC have been known to be critical of their African brothers and sisters, implying that they are primitive and incapable of tending to "civilized" issues.  Episcopal Bishop Spong once said famously of African Christians:


They've moved out of animism into a very superstitious kind of Christianity. They've yet to face the intellectual revolution of Copernicus and Einstein that we've had to face in the developing world. That's just not on their radar screen.

When asked further about his remarks concerning African Christians, he replied: "If they feel patronised that's too bad. I'm not going to cease to be a 20th Century person for fear of offending someone in the Third World." (quote source)


In 2006, Presiding Bishop Jefferts-Schori more or less implied that African Christians should mind their own business and think about basic needs, and refrain from contributing from Anglican deliberative process on sexual ethics;


When a reporter asked how the "average Anglican who is a black woman under 30, earns two dollars a day and is evangelical," might react to news of her consecration and to her consent to Gene Robinson's consecration, she responded: "If the average Anglican is as you describe, she is dealing with hunger, inadequate housing, unclean water and unavailability of education. Those are the places I would start. The issue of sexuality comes along much higher on the hierarchy of needs." (ENS)

I'd suggest that though this may seem like "a clever retort" to a highly pointed question - the answer belies a highly discriminatory attitude toward African Christians in general.  It's understandable that Presiding Bishop Jefferts-Schori wants to provide some kind of response in shielding her own decision regarding the Robinson consecration from African Anglican criticism.  But the implication that African Anglicans, because of material need, are incapable of thinking about, or contributing to the issue of sexual ethics is quite imperialist - to put things mildly.  What's perhaps even more disturbing is the fact that ENS published this quote - as ENS has, in the last years, generally refrained from publishing anything that's not laudatory of the Presiding Bishop.  So it's to be assumed that in the eyes of Church Center, this is "a good response." 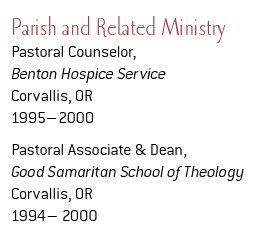 I do hope that we might hear from some African church leaders about this major discrepancy between the American church and African churches on the issue of likely electoral fraud in church governance.  If the American church has risen so high in the hierarchy of needs that an expenditure of $200,000 in vetting is not sufficient to prevent a major deception from appearing in two pages of official information about a bishop, which is known to that bishop herself - and that church itself engages in no investigation with public findings - one does begin to wonder if that American church has become so unreliable in evaluating needs, that less luxuriant churches are not generally better-qualified in general church management; and whether the American church, rather than extending itself into Communion affairs, would not do better to address its own basic needs of honest and ethical practice of governance.

And after Jefferts-Schori's implicit imprecation to African Anglicans to refrain from commenting on Communion matters with regards to sexuality - one might especially wonder if it is not proper to request that The Episcopal Church itself refrain from commenting on justice issues until it better settles its own internal issues of justice in church governance - as, without tending to its own justice issues, calling out for justice elsewhere may be imperialist and more than a little bit hypocritical.

Most comments regarding the likely election fraud and ensuing cover-up have been largely pointed at Jefferts-Schori herself.  I am not sure if this is fair; it seems to me that this matter says much more about the political culture within The Episcopal Church, and a great need of healing and transparency; and that this issue is vastly more poignant than any possible personal shortcomings of the Presiding Bishop in the electoral matter.  Any study of the issue by this late date would probably need to cover political culture within TEC with as great serious as it would the election anomaly itself.
Posted by James at 6:19 PM